The Head Spirit Vs The HGA

There seems to be a great deal of confusion and erroneously held beliefs between the western concept of the Holy Guardian Angel and the Head Spirit of Haitian Vodou. At some point in my development I actually believed that they were similar, but as I grew in my understanding and within my tradition I realized that they are two entirely different phenomenon. It is my intention to point out the differences between the two different concepts and demonstrate the continued colonialism of westerners into foreign traditions.

The HGA in Origin

The notion of guardian angles was largely championed by Christianity in the 5th century, although there is a mentioning in both Islam and Zoroastrianism, Christians expanded deeply upon the concept liturgically and theologically. In Catholicism the guardian angel is an angel set to preside over each individual from birth. Through daily prayer and devotion, one develops a working relationship with this angel. One famous instance of this is recorded in the life of the stigmatic Padre Pio, who claimed that he could see and speak to his guardian angel from a very young age. The guardian angel is consistently described as an external force meant to guide the faithful and guard them from danger and demonic forces.

The Holy Guardian Angel in the Abramelin

The Holy Guardian Angel commonly called the “HGA” was a concept that originated in a medieval grimoire commonly called the Abramelin naming an author of Abraham von Worms, supposedly legitimizing the magic in the grimoire as being Jewish in origin. This type of notion was popular in texts of the time that the Jews in their closed culture were hiding esoteric mysteries from the goyim. What makes the claim of that the grimoire is Jewish in origin stands as a dubious claim is the fact that it is written in German instead of Yiddish, which would have made sense if we are to believe its supposed origins. The primary claim of this particular grimoire is that it is to place the magician in contact and communication with his very own Holy Guardian Angel, and in doing such would confer authority to the magician over all “unredeemed spirits” upon the earth. The supposed method was given to Abraham von Worms by an Egyptian mystic by the name of Abramelin.

The HGA and the Magical Revival

In my younger years I readily swallowed the story of this Jewish mystic writing down the secrete magic of Abramelin in the form of letter to his son Lamech. I mean it all fit my immature model of the magic and the universe as was introduced to via the Golden Dawn’s founder Samuel L. Macgregor Mather’s and espoused by Aliester Crowley, the self-proclaimed prophet of the Aeon. Mather’s original translation called The Sacred Magic of Abramelin the Mage, was based on French manuscripts that were resting in the Bibliotheque de l’Arsenal. Unknown to Mather’s was the numerous flaws omissions in the translation and seals from the manuscript he was working from. However, the concept of the Holy Guardian Angel and the Knowledge and Conversation thereof would become the focal point of the teachings of the Golden Dawn and later that of Crowley’s A.’.A.’..

The influence of the Golden Dawn, Crowley, and Thelema upon the modern understanding and practice of magic would become immeasurable. These concepts would be parroted from generation after generation of aspiring magicians without question and would eventually became canon for all novices. The pervasive ideology of the need for a guardian angel reached peak levels of nonsense when Satanic and Luciferian magicians claimed the notion of a Guardian Demon that was in opposition to the supposed Holy Guardian Angel. All the while not a single person making a claim to neither confirmed nor denied their own gnosis or knowledge and conversation. Most would begin a circular argument that someone must complete the supposed rite and know for themselves. The nonsense of not being able to adequately prove let alone discuss the phenomenon should give any reasonable person a moment of pause. In fact, the continued obscurity of the HGA by magicians that have supposedly attained this union flies in the face of the “wisdom” of the Abramelin itself:

“Everyone should be able to describe properly everything that he has seen and learned. A clear description of what has been seen gives listeners the opportunity to judge whether a traveler’s boasts are true.” –Abraham von Worms

In 1964 a man by the name of Michael Bertiaux would travel to Haiti and claim his initiation into Haitian Vodou, as well as, stake claims to an order of dubious origins known as the OTOA by which he somehow becomes the sole authority. (Sounds very similar to Crowley and the OTO, huh?) He would publish essays of his version of Vodou that would later be compiled under a single text called the Voudon Gnostic Workbook. This collection ranging from simple hoodoo spells to rambling virtually incoherent nonsense of homosexual sex magic, pseudo-Loas, and secret initiations would become fuel for a movement to gain access to the secret magic of the Haitian people. The overall tone of his work smacks of an intelligent white man who took mystical knowledge from another people only to improve upon it.

A more modern author, published under the name of E.A. Koetting would publish another pseudo-Haitian Vodou grimoire known as The Spider and the Green Butterfly. Making bold claims of having “backdoor initiations” or being able to command the powers of the Loa. He goes as far as claiming that a counsel of “Master Houngans” convened over his because the information was so incredibly crucial. What the work did offer however was a collection of poorly compiled information on a handful of Loas (one of which was even mis-gendered) and pseudo-ceremonies that have no foundation in the actual practice of Haitian Vodou.

Now this essay isn’t meant to pick on individuals who have made a profit by exploiting traditions that they have no valid claim to, I am merely setting the stage for my next point.

The Met Tet and Initiation

Within Haitian Vodou it is understood that Vodouisants have a Met Tet commonly referred to as Head Spirit, a being that presides over the spirituality of the individual. The purpose of the Head Spirit is better understood by the literal translation of Met Tet: Head Master. This spirit governs and protects the spirituality of the vodousiant. This relationship is secured only by initiation whereby a houngan (priest) prepares the head and soul of the initiate to receive the spirit. After the initiation the Head Spirit now resides in the head of the initiate. Possession play a necessary role in the initiation and must occur in order for the rite to be considered successful. The spirit will mount its “horse,” perform magic, offer advice, and voice concerns. The result of this union numbers the initiate among the ancestors of the society that initiated them, and grants a tremendous amount of spiritual authority. What is interesting is that the notion of guardian angels exists in some Vodou societies as a separate spiritual phenomenon that is tied to the influences of Catholicism in Vodou.

This process vastly differs from the asceticism of the Abramelin which involves solitude, prayer, and meditation. It also differs in the certainty of attainment of the spirit and the knowledge that the spirit that has been encountered is correct. The HGA is described an external force in the text while the Head Spirit exists within the head of the initiate. While the Holy Guardian Angel gives authority over “unredeemed spirits” the Head Spirit grants authority over the spirituality of the initiate and grants generational authority from all ancestors affiliated with the society. To this end, we are absolutely dealing with two different phenomenon, each one unique and each deserving the respect of individual recognition. Conflating the notion of the Holy Guardian Angel with the Head Spirit serves only the interest of a certain few who are seeking validity without having to explain themselves.

Stop colonizing other traditions and work to understand your own. 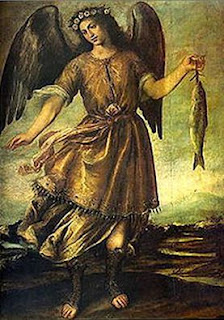