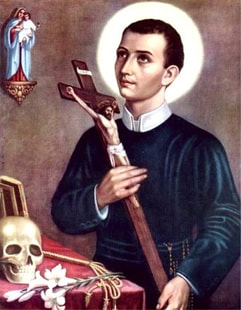 In a previous article I discussed how to reverse evil and bad luck. For most people following the protocols of that article will set them straight, but for a minority they may find that the effects are either temporary or non-existent. This can be a sign of a greater and more serious chronic spiritual problem: commonly called a “crossed condition,” or simply “crossed.”

Someone who has been crossed by a spiritual force will find themselves in consistent and persistent cycles of bad luck. Life will constantly seem to go from bad to worse. Magic may only slightly and temporarily work these types of people, but oftentimes as quickly as a miracle may happen for them it is undone by some other force. They may do a money spell to give their finances a boost, but when they get that extra money their car suddenly breaks down and their extra money is now gone. It is almost as if a spirit or force is attempting to make them doubt that magic exists and can help them.

More often than not, a crossed individual finds themselves unwillingly estranged from family. Worse yet, they may have interpersonal difficulties . Even their work lives are tumultuous, coworkers seems to constantly conspire against them, and no matter what they do their boss is overbearing. It seems as though they have no quarter in their lives, no personal refuge. Many end up addicted to drugs and alcohol as a way of self-medicating or numbing their senses to their harsh lives. It quickly becomes a compounding problem, and the spiral of bad luck and bad decisions whirls out of control.

By now, some of you may be wondering how people arrive into such a state. The answers are quite numerous, as someone can find themselves in these circumstances in a variety of ways. Hopefully, setting some examples will deter some of you from ending up in a crossed condition.

Sacrilege and Loitering in Sacred Places

Young and rebellious teens who may have a chip on their shoulder regarding religion sometimes like to go and prove themselves against world. They may think that when they go out to desecrate a church at night that there will be no consequence for them, but those spirits that inhabit those places certainly won’t forget the slight. Temples and shrines are not just places where humans gather to worship they also serve as a place for spirits to congregate as well. A spirit will not be happy with you if you ruin it’s favorite place of worship!

There are many places that although alluring, ought to be left alone. Teenagers often like to seclude themselves from the view of adults in cemeteries. Cemeteries are rarely frequented by people after dark, and so they make a great place to hang out and do things that unsupervised teenagers do. (I was a kid once, so I know!) Drugs and alcohol open the minds of most users whether they realize it or not. So they are making themselves vulnerable in places where spirits dwell. Some spirits may not appreciate people making a ruckus in their dwelling areas and definitely won’t appreciate any mess left behind.

Not only do they offer a hideaway from prying eyes allowing for mischief, but some gifted teenagers often have budding occult interests. What better way to test out that spooky book on magic than to go to a spooky place and try out some spells? What could possibly go wrong! Which brings us to the next topic:

Dabbling with magic is a recipe for disaster. An inexperienced magician, with an understanding of the occult that stems from television and movies coupled with a desire to rebel at all costs, is a dangerous thing.  Many armchair magicians will scoff at the notion of an untrained attempt at magic producing any real results, but the experienced few know that it can take very little to attract a spirit. Just as someone gifted with a talent of singing can easily carry a melody, someone who has the talent of sorcery can easily call upon a spirit. However, they may not have the ability to send away the spirit, appease the spirit, or possibly not even sense the spirit in the first place! Now, there is an annoyed spirit that is hanging around and it may decide to cause problems.

Someone May Have Crossed You

In many sources of witchcraft the topic of cursing, laying tricks, or crossing others tends to be quite popular. There are so many methods that can be employed on others that they are too numerous to discuss here. However, it is quite fair to assume that if you do magic, you may have someone in one of your social circles that may practice as well. Social media widens those social circles, and believe me, there is no limit to how petty someone can be.

Enemies will work day and night to see you fail, and based on their skill (or the skill of someone they hire) you may be in for a bumpy ride. It’s funny to consider that some will spend less time on self-improvement than they will lighting candles to see their enemy’s downfall.  People are petty and will
throw for the most asinine of reasons, but generally the root is that of jealousy.

Symptoms of Being Crossed

Like a cold or flu, this condition has symptoms that can hint at the problem. You may suddenly experience a pain between your neck and shoulders, a persistent cough may suddenly develop, you may get a strange rash or skin condition, or begin to start having nightmares. The longer the condition continues you may start to notice that people become hostile towards you, bad luck seems to be waiting for you at every turn, your money seems to constantly dry up due to unforeseen problems, hallucinations may begin to occur, poltergeist activity may start in your home or around you, even death can occur if not properly dealt with.

What Can Be Done

At the very hint that something is not right one should begin with an Uncrossing Ceremony, Uncrossing bath, or a Reversal. If early enough along the issue may clear itself up. However, very advanced situations may require the intervention of an experienced spiritual worker. If one goes the route of a spiritual worker, make sure they have experience with crossed conditions and have the competence to help you. If they start getting out sage and crystals, you ought to go somewhere else. Although sage and crystals have their place, dealing with a person that is crossed or jinx will require greater juju or power.

If you feel that you have a crossed condition or would like a consultation, please feel free to contact me.

*This blog post is not intended to diagnose or treat any medical condition. Always consult with your doctor first if you have any illness.*
Posted by Fork Nan Pwen at 5:02 PM 2 comments: