The Secret World of Dreams

When some think of spiritual communication they often imagine disembodied voices, apparitions, or eerie omens manifesting. Very few consider that spiritual communication happens every night while they sleep. The onslaught of images, symbols, and emotions that occur during dreaming is the preferred language of spirits to relay their messages and intentions to the dreamer. Even the lack of dreams is a message that the dreamer has something that may be blocking or a disharmony within their spirit court. 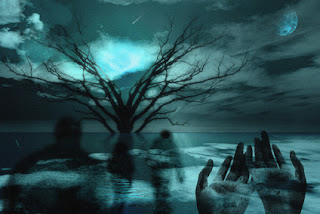 Much of the communication from the Lwa that occurs in Vodou manifests in dreams. Some dreams may be cryptic and symbolic, while at other times the spirits may simply show themselves and say exactly what they want you to know. It can be a confusing experience for new comers to Vodou when powerful dream images begin to manifest at night, some even find it disruptive.

I can personally recall a powerful dream that set me on the path to Vodou during my time practicing ceremonial magic. During that time in my life I knew I was reaching a new level in my practices yet I was unsure where it was leading me. I remembered the ancestor ceremony given to me by a houngan years earlier and decided to give it a try and see if I could gain insight into my spirituality. What follows is a transcription of the dream that occurred that night:

I was walking down a hallway talking about work with a Haitian man I believed to be a co-worker. He tells me that there is an important company party happening and that I shouldn't miss it. I walk with him down this long alleyway that opens up to a small courtyard packed with people in dusty suits and tattered tuxedos.

In the courtyard there is a long well-made wooden table with lots of food on silver platters. Silver candelabras have black tapper candles grouped in threes around a roast and turkey. The food smelled very appetizing, but I knew it was not for me.

I found a seat next to an old man with a cane wearing a straw hat. He smiled warmly revealing with yellowing teeth and friendly eyes were deeply set in his worn face. I noticed he wasn't wearing any shoes as he casually picked up a guitar as if to play it saying, "I hope you like the show young man."

I turned my attention towards two men standing next to each other holding hands. I noticed they were identical save that one had dreadlocks while the other had neat hair. A narrator spoke in Creole and English telling the strange story of the twins: "Once upon a time there were two brothers identical in every way. All was in harmony and they lived in a garden of bliss. One day, they decided that the garden would be bigger if they divided it in two, and so they drew a line in the sand. Still unsatisfied with halving the garden they divided into smaller and smaller pieces, eventually the pieces were so small that they could no stand on one piece without standing on 2 others. They began to quarrel over the pieces and in their quarreling the slew each other. Mama sad for her children turned one brother into the earth and the other into the sky."

I turned and looked at the narrator he was a large black man with a ghastly pale face, drinking heavily, and wearing a tattered tuxedo and an old top hat. He puffed on a thick cigar and grinned at me. "What does this mean? I don't know 'tis a mys'try!" He giggled and laughed and his whole body shook.

The old man in the hat began to play some strange music and a low steady drum beat pervaded the party. A strong sexual feeling began to ooze through the crowd as laughter and dancing ensued. Straight ahead from me and there was a very sexy white woman with long thick red hair wearing purple lingerie. I watched as she gyrated her pelvis at me in a slow steady motion. Her eyes locked with mine and I fell into a trance, the drums got louder and strange rhythmic laughter filled my ears. Her crimson hair and lips were aflame, and her emerald eyes, like pools of fire, burned deep down into my soul. There was nothing beside her, and as the light began to fade and all I could see were her eyes.

Not every dream has such direct message, more often than not, they are obscure and vague leaving only remembrances of emotions and ideas. Part of the training in becoming a houngan is learning how to interpret these messages. It is not uncommon to spend long hours with your superior discussing the details of your dreams in order to understand what the spirits are attempting to communicate.

Sometimes, your personal spirits will utilize dreams to make special requests for what they would like for their offerings. This is most common for people that are not fully developed or lack the ability to hear their spirits clearly. It is often said that if you fail to listen while you are awake the spirits will tell you in your sleep. I have had numerous incidents where spirits have manifested in dreams and told me what they wanted. Here is a great example:

It’s the old west and I’m a bartender in a saloon, across from me is a man dressed like an undertaker. He is extremely pale and dressed all in black. With a grim expression he leans over the bar and tells me that he is thirsty. When I ask him what his poison is, he reaches inside his coat and produces a bottle of Red Stripe beer. I turn to grab a bottle of beer and I notice all the bottles behind the bar are Red Stripe bottles. 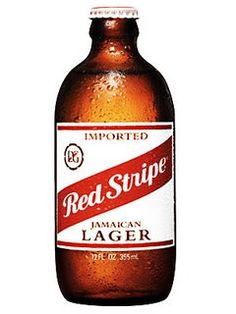 I made it a point to go out and buy Red Stripe beer for the spirit the following day, and coincidentally, a house brother gave me a call. I told him about the dream with the odd request and he paused thoughtfully and said, “That’s really funny because I didn’t have liquor to offer the spirit the other day so I gave him one of my Red Stripes and he seemed to really enjoy it.”

As the previous examples have shown there is a great deal of knowledge that can be acquired through the discipline of observing your dreams. If you would like to expand your practices it is recommended that along with a glass of water for your spirits you also keep a dream journal on your nightstand with a working pen nearby. When you wake from any dream you should immediately write down everything you remember no matter how vague or brief. Over time your journal will become voluminous, filled with strange visions and revelations. Eventually, even the most horrifying nightmares will be found to contain valuable information about yourself and your spirituality. 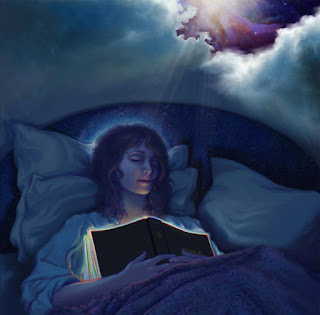 I am often asked, “Why do I need to honor my ancestors?” 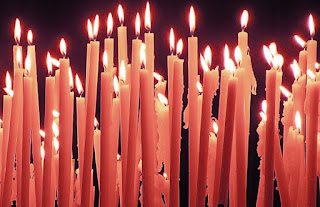 The absolute foundation of your spirituality is your ancestry. They are the roots of the tree from which you have blossomed forth into this world. Within your veins flows the power of gained through the hardships your ancestors endured in life. Generation after generation toiling in hopes that their futures through their children may be rich and strong. The holiest of blood sacrifices made in your name came from the blood, sweat, and tears of their struggles. They are the allies that you may not have realized that you have always had, vigilant and ever watching protecting the blood that sustains their life.

Without you, your ancestors will cease to exist; likewise, without their positive influences all that you do will be for naught. To deny your ancestors would be to put yourself in opposition with not only the universe, but also the blood that flows through your veins. You are the vessel by which they are able to manifest in this world, and through you they are able to experience life. However small you may find your position in the world, to them, you are beyond scope and they are intimately involved in every aspect of your life. They become filled with pride at every small triumph and are ready to provide solace when life brings short-comings.

It is for all this and more that time should be dedicate to the honor and veneration of your ancestors. Their honor and respect is spiritual nourishment for your soul and the strength of your character. In the same way that you are sustained by food, your spirituality is sustained by proper care and appreciation of your ancestors. The most potent form of spiritual development you will experience will be through the veneration of your ancestors. As they elevate through your work and sacrifices to them, so will your mind elevate and open to their positive and restorative influence. They will show their appreciation with you by helping to shape your life with opportunities and as they heal so shall you.

When you begin to serve your ancestors you should begin with simple offerings of light and water. The offering of light is to bring forth illumination of not only the darkness that they dwell in, but also to bring light into the depths of your mind. Water is important as it evokes many symbols and connects you to your ancestors in many ways. The act of offering water to a guest in your home is not only to bring them something to drink, but also allowing your guest to cleanse and refresh themselves of their toil. It is also the medium by which they communicate, sleeping with a glass of water near your head will create a medium by which they can deliver messages to you in your dreams. Below is a simple yet powerful ceremony you can perform every Saturday to enhance your connection with your ancestors: