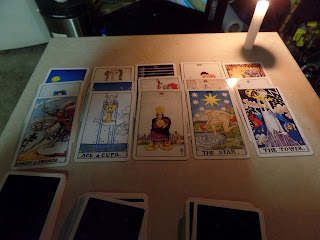 There is a great misunderstanding in the realm of magic that one needs to be psychically developed to speak to spirits. This couldn’t be further from the truth. In fact, there is no real prerequisite for being able to effectively communicate with spirits other than having a method of divination at your disposal. Understanding how to effectively utilize tools of divination will not only aide you in communicating with spirits, but also facilitate your intuition and clairvoyance.

There are several different forms and techniques of divination, some may see simple on the surface while others may seem much more complex. It is most important to find what works best for you, whether you choose to work with geomancy, pendulums, astragals, tarot, or playing cards. Each method available to you has its own virtues and pitfalls, most notably are “yes/no” methods as they can cause obsession in novices. Your divinatory method is doing you little good if you can’t make a single decision without consulting your pendulum.

Let’s suppose that you have an important life decision that you have to make and you have found yourself at an impasse. Maybe you have a car that has been giving you problems, you brought it to a mechanic and he told you that he can get it running perfectly for you again, but it will cost you a few grand. Now, you have the money saved to get the car repaired, but at the same time there is a local car dealership selling pre-owned newish cars that are within your price range if you are willing to make monthly payments. You aren’t certain that if you get the car repaired that you own outright that you won’t have any problems, but you also don’t know if you will be happy making car payments each month.

It’s time to go to the spirits and get their counsel so that you can move forward with your life.
You start by going to your ancestor’s altar and performing the ceremony described in my earlier post Ancestral Veneration. You light your candle and present with a glass of cool water. After a few moments you begin to sense their presence. You may continue with some prayers of gratitude and appreciation to them, and then you inform them of why you have summoned them. You ask them to speak with you through the Tarot cards that you have previously placed on their altar.

You want to be 100% sure that you are in the proper state of mind, so that you are free from any sort of bias. So, you prepare some hyssop in a bowl of spring water with a few drops of Kabbalah oil. You light a tea light and float it in the water, and you begin to recite Psalm 51 over the waters. As you splash the waters over your face, back of your neck, and hands you say, “Purge me with hyssop, and I shall be clean: wash me, and I shall be whiter than snow.”

The cool waters calm you mind and you are already beginning to feel more receptive to the messages you are about to receive. You anoint yourself with some Kabbalah Oil and say, “Seven times a day do I praise thee because of thy righteous judgments.  Great peace have they which love thy law: and nothing shall offend them. Lord, I have hoped for thy salvation, and done thy commandments. My soul hath kept thy testimonies; and I love them exceedingly. I have kept thy precepts and thy testimonies: for all my ways are before thee. Let my cry come near before thee, O Lord: give me understanding according to thy word. Let my supplication come before thee: deliver me according to thy word. My lips shall utter praise, when thou hast taught me thy statutes.”

As final touch you perform the middle pillar exercise and you feel the energy coursing through your body. You are in complete control of your universe and you pick up the cards and as you shuffle you formulate your questions. You decided that it would be best to ask two different questions so that you could understand what your life would be with either vehicle. You cut the cards into two piles. For the sake of simplicity you draw only three cards for each question.

“How will keeping my current car affect me?”

You draw the 7 of disks, Tower, and 4 of Swords. It seems as though even though you might save some money now, the car will give you more problems in the future, and leave you feeling burnt out.

“How will financing a new car affect me?”

You draw the Chariot, the Magician, and the Wheel. You are struck by the auspiciousness of the cards. It seems as though your ancestors want to see you take control of your life and have a fresh outlook on your life. You spend some time thinking about it and you realize your fear of change has been inhibiting you in more ways than just your choice of transportation.

You thank your ancestors again and give them a license to peacefully depart. The ball is now in your court and you are loaded with the information you need to make a sound decision in your life.

Even though the above story is fiction, it serves as a useful example of how you can establish an effective means of communication with a system of divination. Pay special attention to the additional instructions of purifying and anointing yourself, as those minor extra steps can grant you higher perspective and clarity in delicate spiritual matters.
Posted by Fork Nan Pwen at 9:11 PM No comments:

An Act of Confession

Confession: Alleviating the Burdens of the Soul 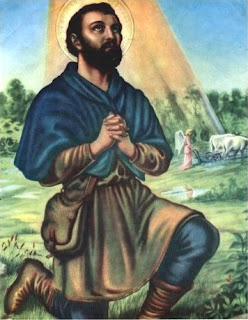 There are many who come to me saying that they do not know where to start in their spiritual practices. They often have a sense of heaviness about them and are looking for the ability to improve their lives and make real changes within themselves. They will oftentimes carry on about their past, ways in which they felt they have been slighted by others, and ways in which they have done wrong for themselves.

My first piece of advice is generally to go before their ancestors and confess themselves to bring relief to their sense of burden. Generally, that is not the spiritual advice they are looking for as most want a quick fix to their problems, they want a bath or a juju bag to improve their condition or sense of self-worth. While spiritual baths, candle workings, and charms do improve certain conditions for them, if the root cause is not addressed the problem will continue to persist.

The Medicine for Our Souls

As human beings we have to navigate a labyrinth of difficult choices. Deciding a course of action that we feel best suits our personal belief systems and motivations. Inherently lazy, we will often times choose the easiest path and act a though our decisions have little impact on others or that they may have “had it coming.” Sometimes, someone may have it coming, but if we are continually finding ourselves in opposition to others then we should spend some serious time in introspection. Regardless, our choices have an impact, and at some point we must acknowledge that impact and take responsibility for the decisions we make. 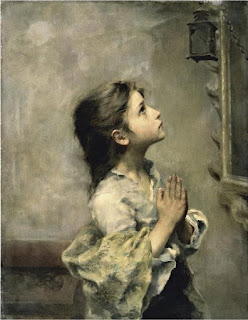 Confession is good for the soul. It allows us to move beyond mere introspection, giving us the power to evoke our flaws and weaknesses so that they may be addressed and banished. Moreover, the act of confessing ourselves before our ancestors and spiritual court demonstrates our humility and respect not only for them but also ourselves. We may find that those long-answered prayers suddenly begin to manifest in our lives, our luck seems to become boundless, or even we are graced with some extra money; all of which comes from the grace of the spirits that see our sense of humility.

Confession and Contrition: a Practical Tool for the Magician

Many of the Grimiores suggest that the magician goes through a period of purification before evoking spirits. The Abramelin insists upon a daily confession during the period of preparation for the evoking of the Holy guardian Angel. Not only should the magician spend his time reciting psalms and purifying himself externally, he should also be purifying his soul to call upon the spirits by the names of various divinities.

A magician that finds himself in a predicament of being under spiritual attack can also make use of confession and contrition. This is very useful if the magician is being wrongfully assaulted. He may wish to begin doing reversal work on his assailant, while simultaneously confessing himself for any wrong-doing that may have caused this situation. Sometimes, his own arrogance attracted an enemy that may just want to test and humiliate him.

I will give a personal experience and how I dealt with it:

In my own arrogance I had unknowingly created an enemy. I had no idea that somebody that I didn’t know had it out for me over the fact that I had written something on a forum that they didn’t agree with it. Rather than simply ignore the person I antagonized them. They had such a chip on their shoulder over the experience that they hired a serious worker to mess with me. My own spirits came to me and said that I had created the situation out of my own arrogance, and that I had to dig myself out of the ditch!
Instead of being paralyzed by the experience I turned my focus on the problem: me. Naturally, I began a reversal to send the magic back to the source, reciting Psalm 54 is very useful for matters like this. But I then began to express my guilt for the role I played in the situation to the spirits. Each morning I would wake up and confess myself to my ancestors and spirits and follow with the Catholic Act of Contrition. Each night I would pray for forgiveness from my ancestors and examine all the ways in which they had helped me.
Eventually things turned around and improved. The other worker allegedly got what was coming to them, and I grew tremendously as a magician. My spirits also expressed to me that they had a greater respect for my humility and I feel that our bond is stronger than ever.

How to Approach Confession

For those that want to go a step further I recommend reciting Psalm 65 or 100 to give thanks to the spirits.
Posted by Fork Nan Pwen at 4:59 PM 4 comments: